How can fisheries impact river dolphins?

Fishing, and especially fishing with gillnets, is as serious a threat to river dolphins as it is to aquatic mammals globally1, 2. Fisheries bycatch was one of the primary causes of the baiji’s extinction3, 4 and is currently recognised as a threat to virtually all river dolphins57. In Pakistan, the deaths of 51 Indus dolphins have been attributed to net entanglement since 2008 in a 190km stretch of river (unpublished data, WWF Pakistan). In the Mekong River in Cambodia, at least 153 dolphins died from gillnet entanglement between 2002 and June 2018 (unpublished data, WWF Cambodia), while 67% of dolphin deaths with a known cause between 1995 and 2018 (99 animals) in Indonesia’s Mahakam River were attributed to gillnet entanglement (database YK RASI: Danielle Kreb). Considering the last two populations are below 100 individuals each, gillnet fishing clearly poses a significant threat to their survival.

Understanding the relationship between fishers and river dolphins is necessary to change this situation. Interview-based methods are the most common means of gathering information. In many river basins, dolphins are perceived by fishers to be competition for fish resources8. This can lead to conflict, including the deliberate killing of the dolphins as has been documented in the Amazon9, 10. In some countries, river dolphins’ oil and flesh are used as bait in targeted fisheries. For example, the Piracatinga (a carnivorous catfish) fishery in the Amazon is thought to be a major driver of decline for some populations of Amazon river dolphins7, 11.

Illegal activities, such as fishing with explosives and electrofishing are widespread in many rivers, including the Ayeyarwady, Indus, Mekong, Mahakam and Yangtze3, 12 Over-exploitation of fish and other organisms, and the resulting depletion of prey populations, have long been recognised as an indirect threat to marine mammals13, although this is difficult to prove in the case of river dolphins. 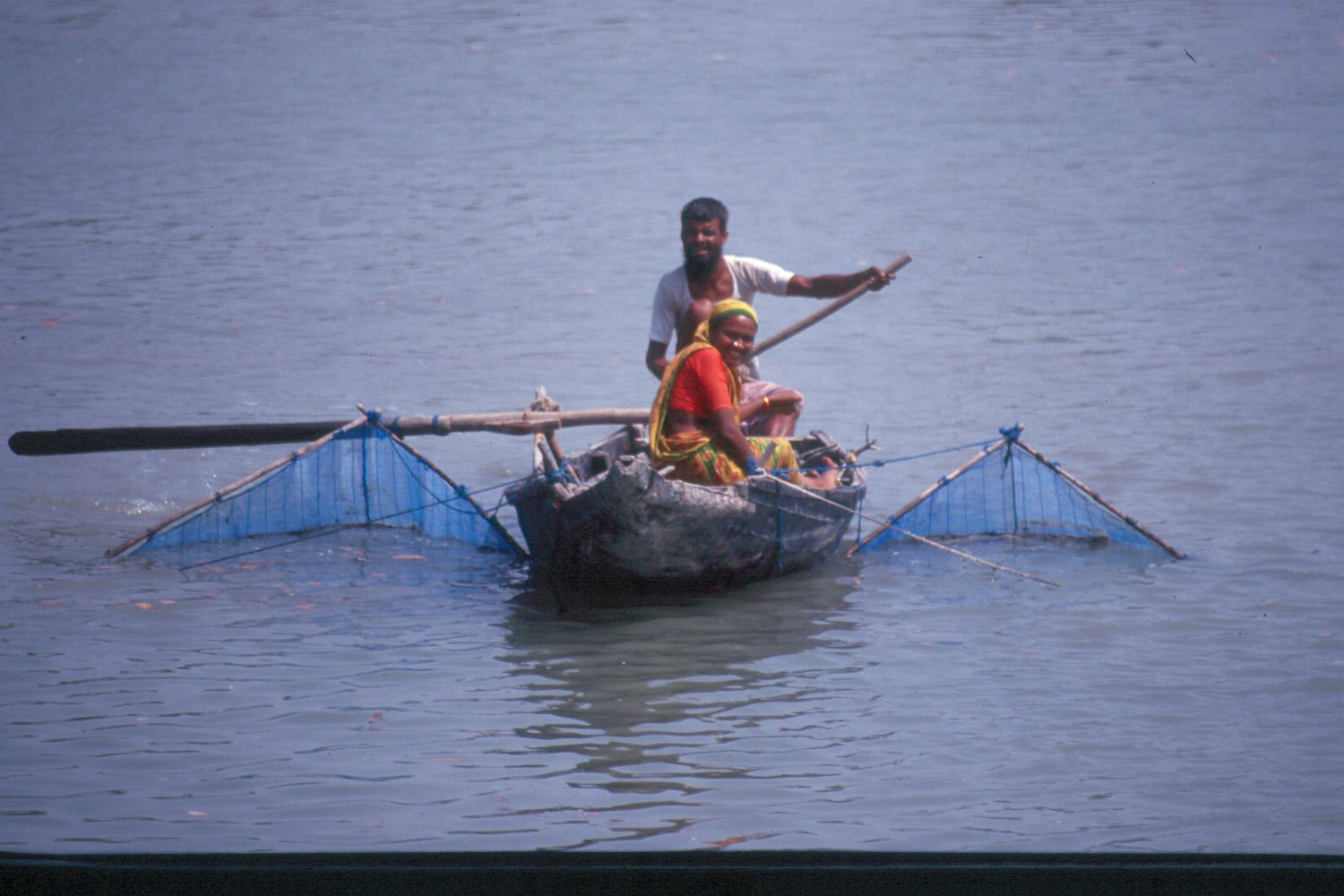 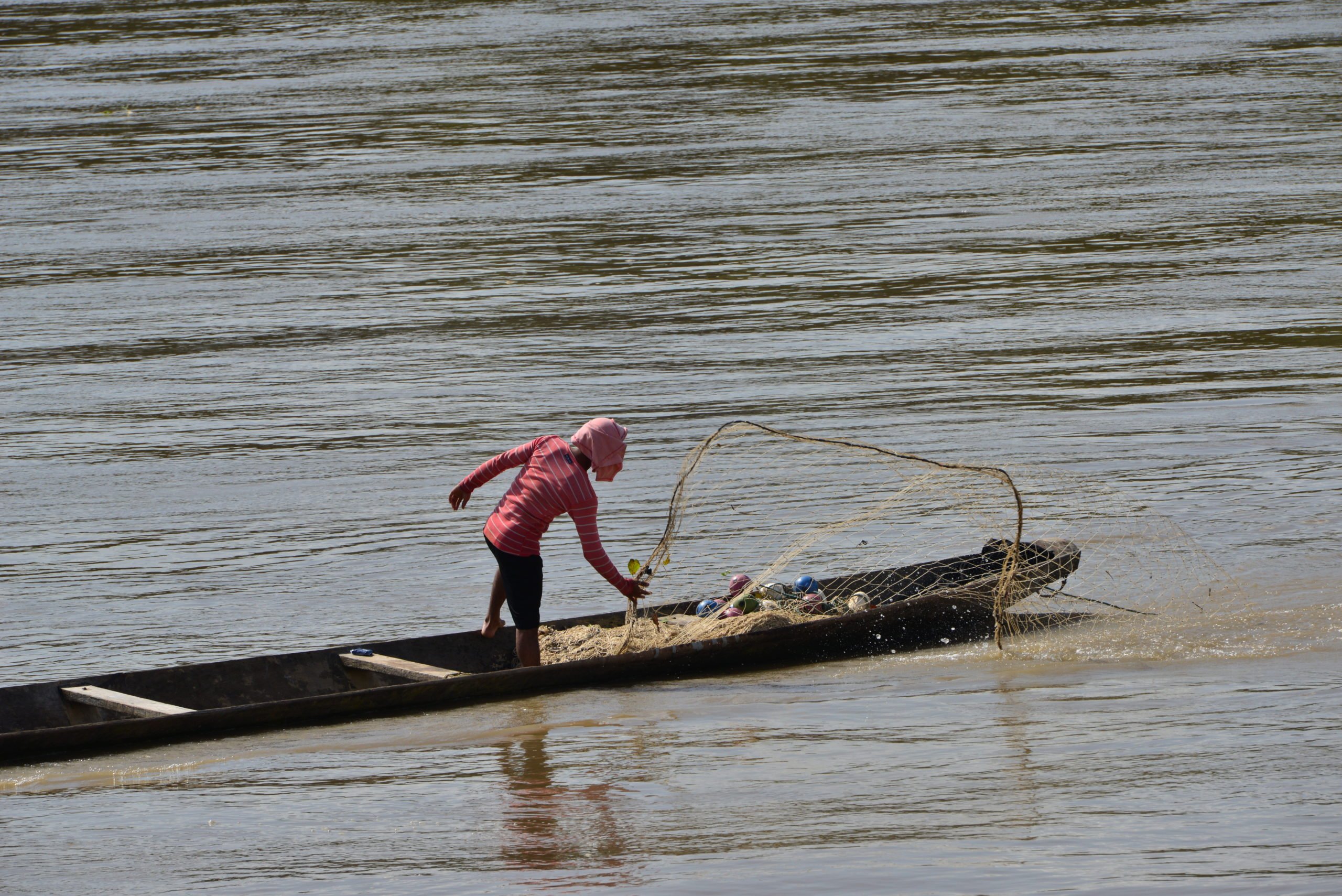 How can we reduce the impact of fisheries on river dolphins?

To reduce fisheries bycatch or other fisheries conflicts, a number of methods are available, including: 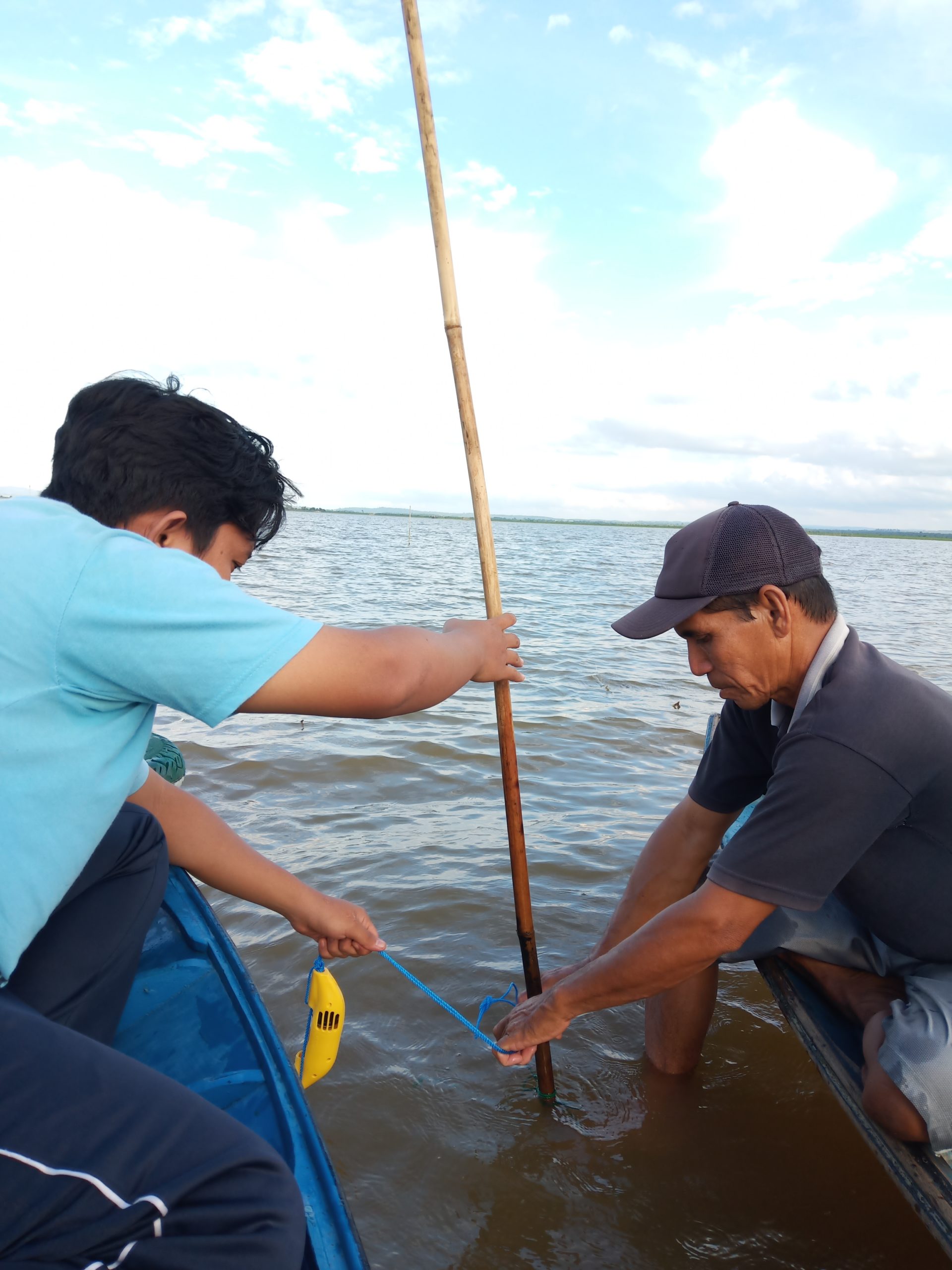 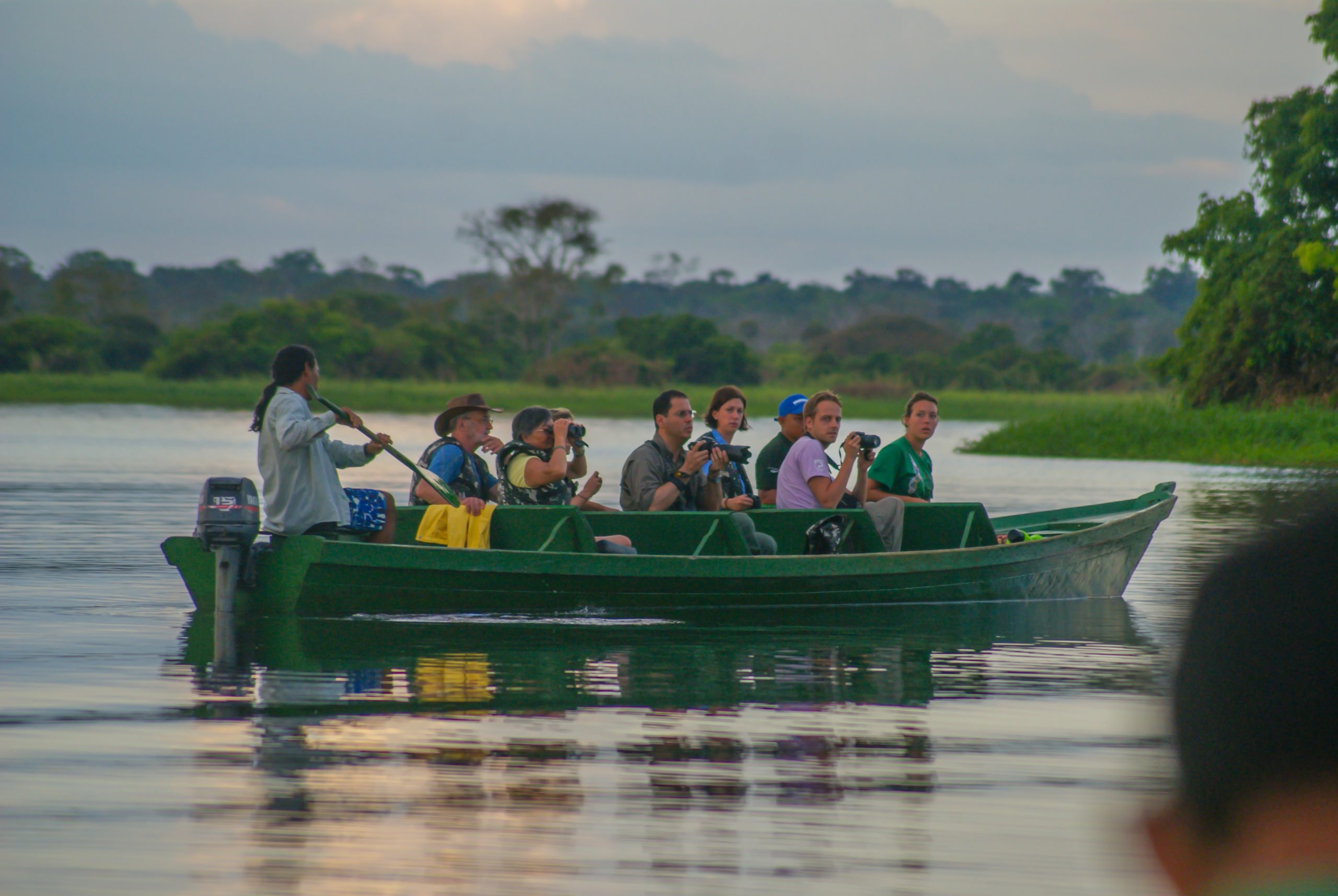 The tools and strategies above have all proven to reduce fisheries-related mortalities in river dolphin populations. However, there is often a big gap between the success of limited trials or studies, and effective implementation of strategies that can reduce bycatch on a wider scale. While education and awareness-raising can help fishers and communities learn about river dolphin threats and conservation measures, a system of (legally enforceable) incentives is often required to ensure lasting compliance with good practice on a broad scale. 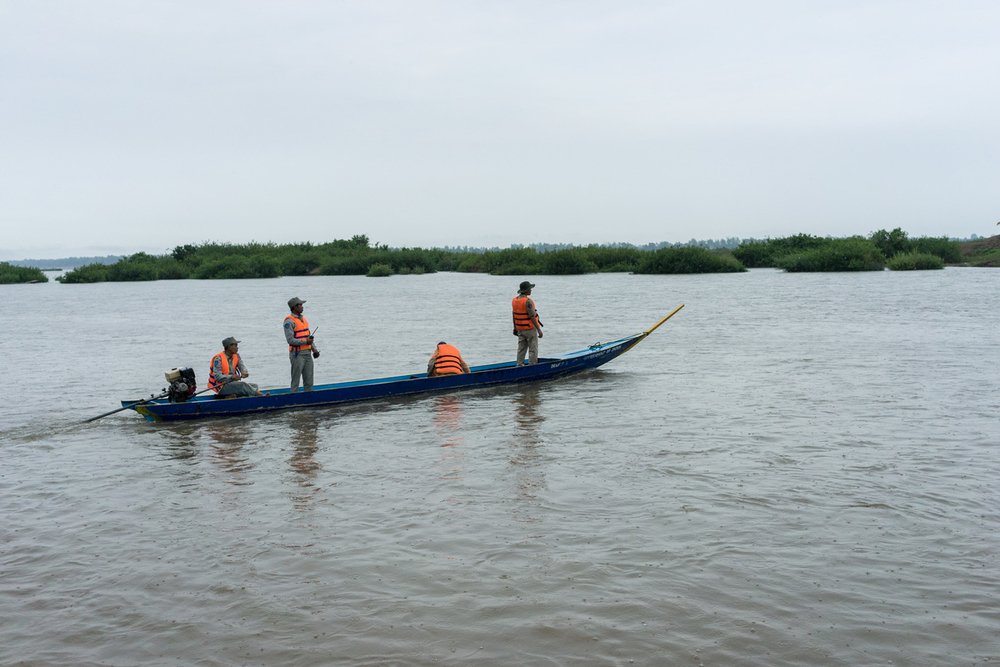 River Guards in the Kratie Protected Area of the Mekong river in Cambodia, are community members that have been trained to help patrol and enforce fisheries regulations. © Thomas Cristofoletti / WWF-UK 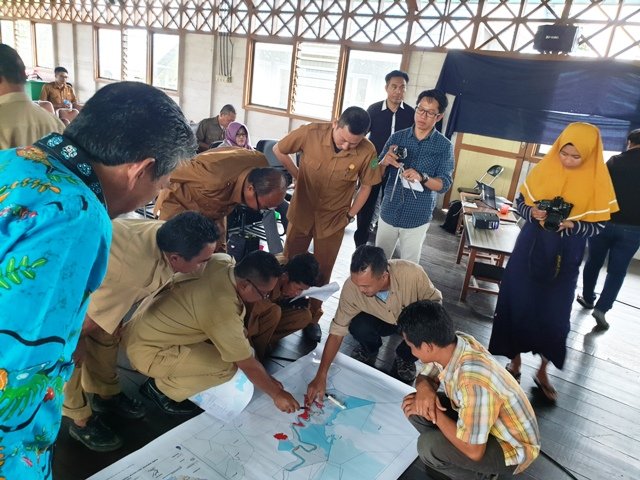