Extraction activities can have serious negative impacts on river dolphins.  These include, but are not limited to, creating pollution, underwater noise, and turbidity, as well as changing the structure and flow of riverbeds, and accidental dolphin injury and mortality via collisions with vessels. Best practices for extraction can be driven by legal or voluntary processes, including industry-led initiatives to promote sustainable practices.  Environmental Impact Assessments are a key starting point.

How do extractive industries like mining and extraction pose threats to river dolphins?

Gold and coal mining along river banks are known to be major sources of contamination to both soil and water1, 2. Water-borne pollution is known to have serious impacts on river dolphin health, with the potential to impact reproductive rates and cause population decline. Artisanal gold mining in rivers and on riverbanks is particularly problematic for river dolphin populations, as the process of separating gold from other minerals releases mercury into the soil and water, leading to serious health issues for the fish and dolphins, as well as for the local communities that depend on the rivers for their livelihoods, water and food36. Dolphins in both marine and riverine environments are prone to accumulating high levels of mercury as they become concentrated in the fish they eat, with those high mercury levels being associated with liver abnormalities and damage to the central nervous system in dolphins7, 8.  Regarding oil and gas extraction, spills or other accidents can cause acute environmental disasters with long-term and far reaching chronic effects.

Sand is the second most used natural resource after water. Used primarily to create concrete for construction and  for roads, the global rate of sand and aggregate extraction has increased three-fold in the last two decades, with over 40 billion tons currently being extracted every year9. Extraction of gravel and sand from river beds poses serious threats to river dolphins as it creates underwater noise pollution, increased turbidity of waters, and altered river topography and flows. These changes can have negative impacts on dolphins e.g. when noise generated by dredging/extraction activities masks their communication / echolocation, or when changes to the water quality, depths and flow impact their fish prey or the dolphins’ ability to move through the river1011. 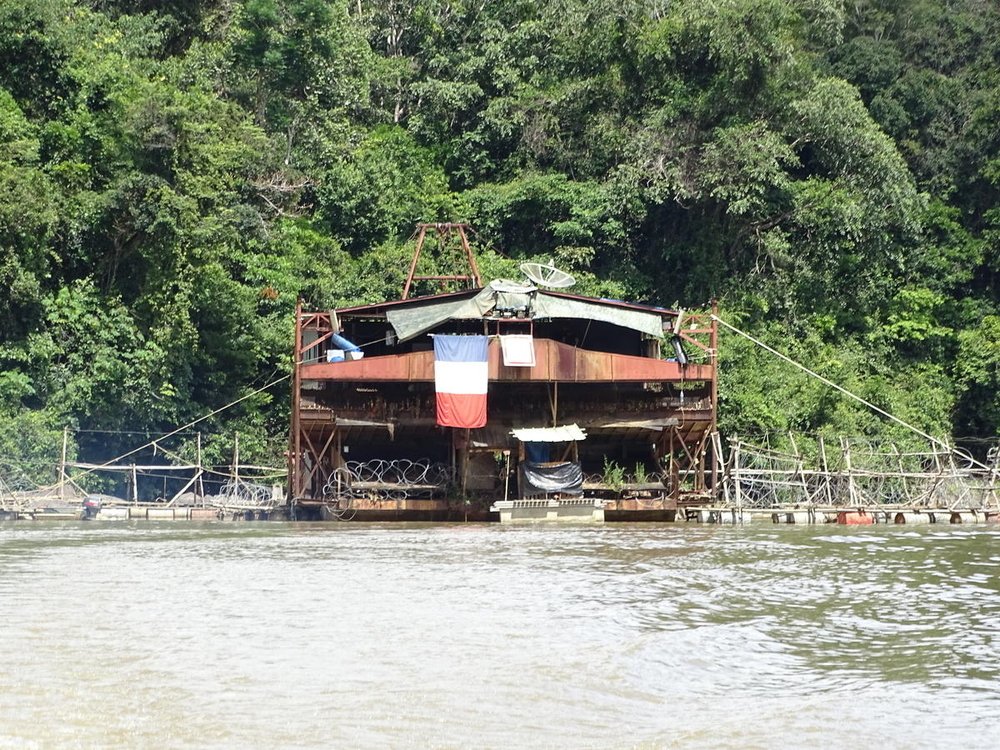 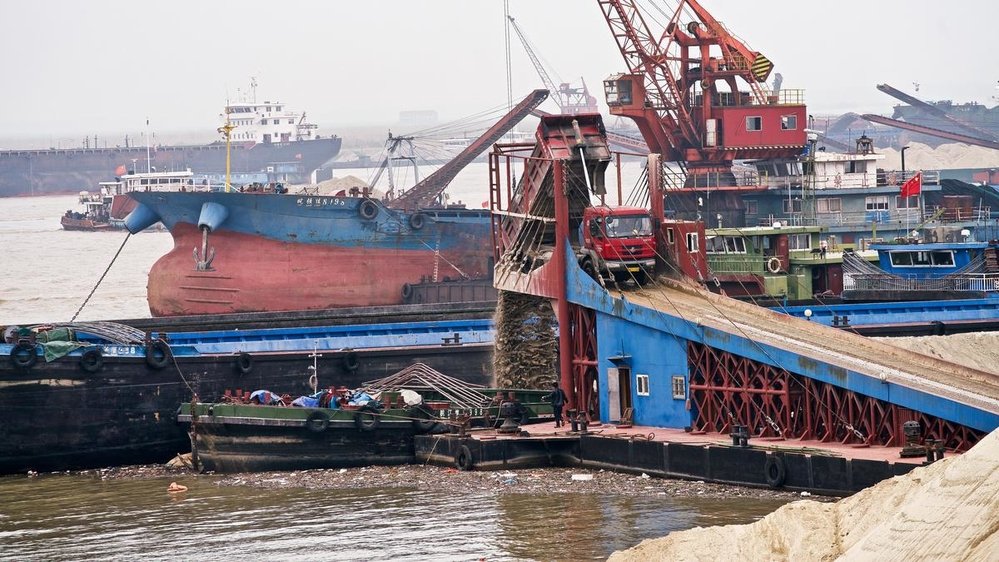 How can the impacts of extractive industries on river dolphins be reduced? 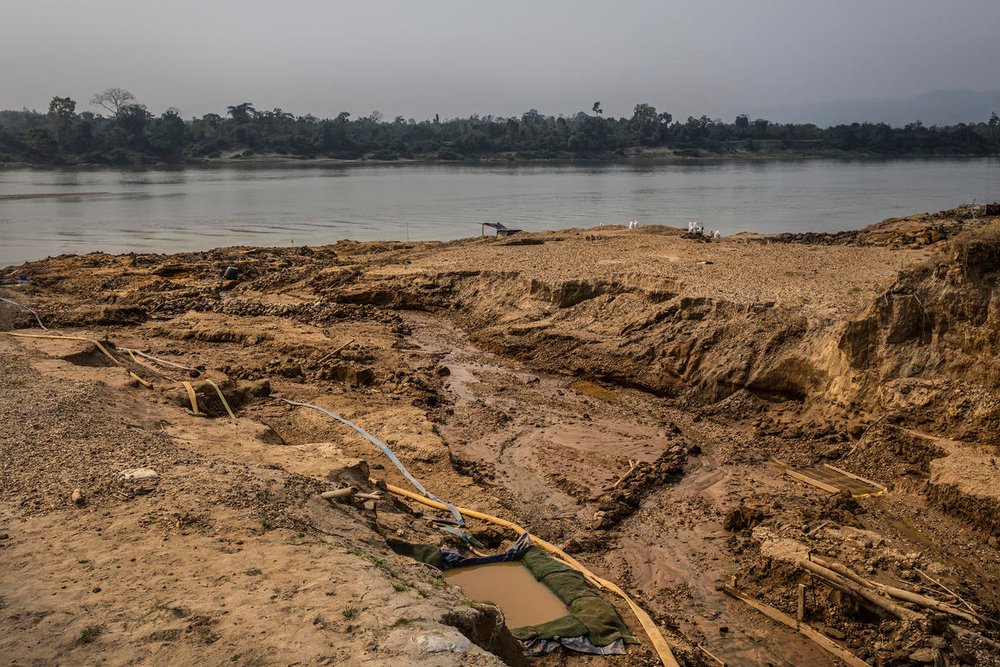 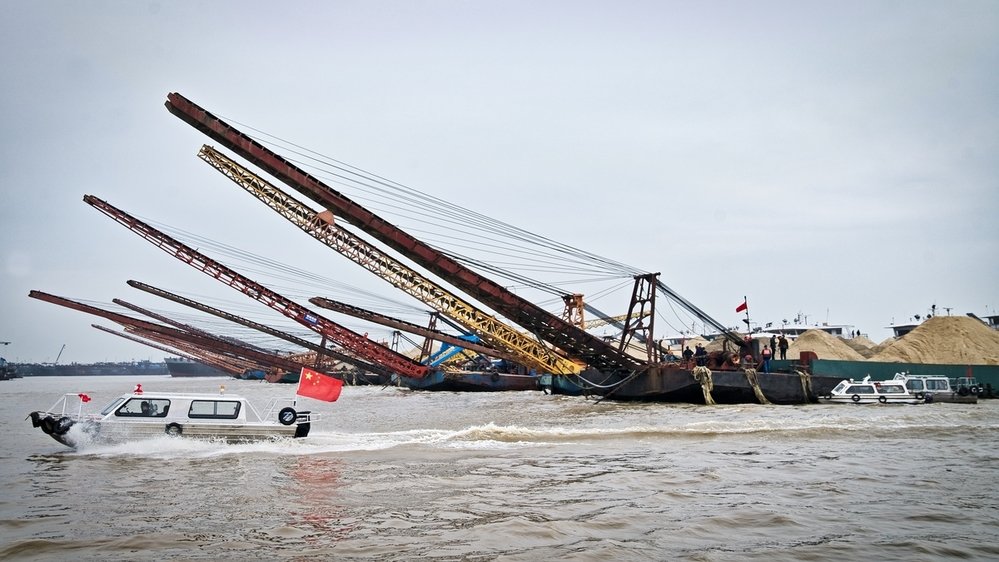 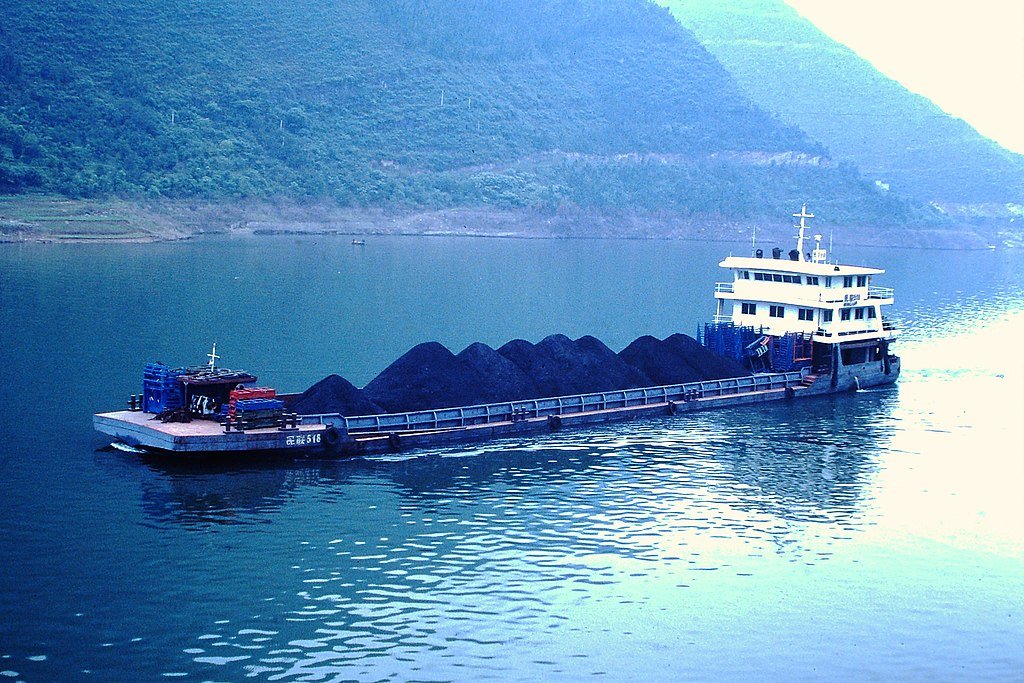 Coal could be transported overland, rather than on rivers. © Hugh Llewelyn via Wikimedia Commons